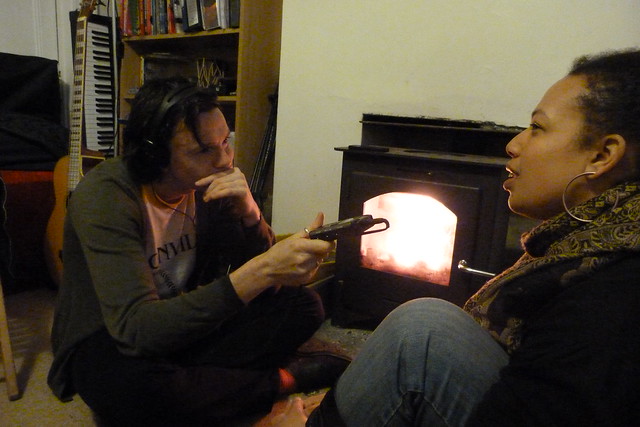 BBC Introducing in Bristol has made a documentary for BBC Radio Bristol looking at the power of music as a tool for personal, emotional and physical development. Broadcast on 5th June at 6pm, this documentary explores people’s personal relationships with music at some of the community music projects in the South West.

Take a look at this film about the documentary:

Bristol is a city with a strong musical heritage and there are several established and popular community projects; such as Remix, St Pauls Reggae Orchestra and Knowle West Media Centre. These projects successfully bring people together and tap into music performance, song writing and collaboration as a way to empower and engage people.

Singer-songwriter, Lady Nade, is one of the many young people who started playing music at the Remix community project. Now a mentor at Remix, Lady Nade thinks that music has helped her deal with some of the issues she’s had in her life.

“Remix has given me confidence, opportunities and networking” said Nade.

“Being able to put my emotions into a song gives me a really good feeling, and sometimes I just need to make music, so I don’t have to go into detail.”

The documentary also illustrates some of the incredible success stories which have come out of community music projects in Bristol. Several of the artists who attend these community music projects have gone onto bigger things. For example, MC artist Empror attended a number of community projects in Bristol, using the free studio time to develop his song-writing, lyrics as well as receiving emotional support from producers and mentors.

You have Successfully Subscribed!

TUNGZ – WHY DO ANYTHING? // EP REVIEW

Bristol in Stereo is currently on hiatus due to COVID-19.

See you on the other side.
×